Bodies in Time: A Sociosemiotics of Funerary Monuments and Sculpture 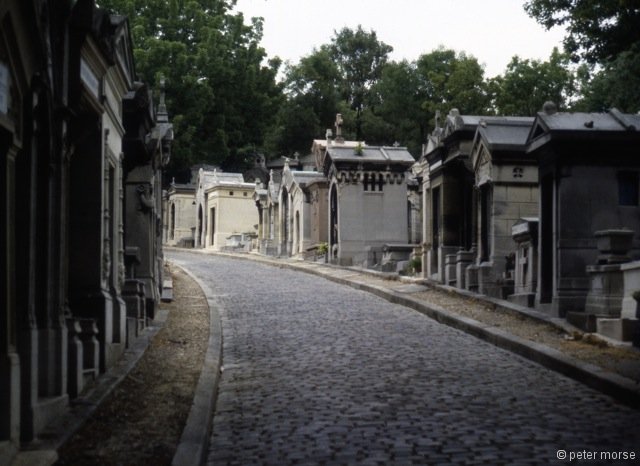 ‘Bodies in Time’ develops a sociosemiotic model specifically focussed upon the semiotic interpretation of sculpture, and proposes that this type of artefact is susceptible to a systemic-functional approach, as explored in the work of M.A.K. Halliday and Michael O’Toole. This model is then allied with a sociosemantic model, in an endeavour to draw together synchronic, diachronic and discursive aspects of the sculptural object and its situation within discursive and ideological structures. This is further explored in the second chapter where the human body is examined as a historical site of discourse, where forms of bodily legibility have been encoded and have undergone transformations across time: this posits the issue of the discourse of bodiliness, and its semiotics, as a fundamental domain within which sculptural discourse must be seen to unfold. The argument then pursues an investigation of specifically monumental sculpture, especially in its appearance in Western European cemeteries (with an emphasis upon the nineteenth-century), to delineate and explore its institutional and sociohistorical contexts,  and a variety of convergent discourses within which it is situated. These include such things as the history of cemeteries and their designs, the semiotics of bodily representation (both historically and in a more semiotic and phenomenological sense), the relationship between the sculptural monument per se and its associated texts: epitaphs, ordinances, public rituals, modalities of portraiture, allegory and personification, amongst others. These discussions proliferate further into arguments about cities, architecture and bodily representation and embodiment, where the discussion necessarily problematises some of the assumptions made by the semiotic approaches utilised, and moves into a more postmodern or deconstructive mode, where the funerary monument is seen to exemplify some of the problematics of these critical approaches, especially in its counterpoint with death. Thus the trajectory of the argument  moves from a concern with the specifically sculptural and funereal, outwards towards a more general concern with the constitution of the semiotics of objects and how these participate in, and reciprocate with, the sociocultural construction of the human subject.