A 4 minute preview of the 20 minute ‘Jangurna Story’ – a fulldome movie exploring indigenous stories of the night sky around the Gascoyne region of Western Australia. This story – concerning ‘Jangurna’ (The Emu) has been told by community elder Stella Tittums to the historian Mary Ann Jebb – the recording provides the narrative soundtrack.

The movie was shot during a 10,000 km 3 month voyage that took me and my film crew (Chris Henderson and Sally Hildred) from Hobart (Tasmania), across the Nullarbor, to Perth (Western Australia), and then around the Gascoyne, camping all the way. We filmed the night skies, dusks and dawns, amidst the magnificent arid landscapes of Carnarvon, Quobba, Exmouth, Ningaloo, Mandu Mandu and many others. We travelled by 4-wheel-drive into remote areas in the blazing heat of the summer season, walking many kilometers with our self-built and designed 4k timelapse fulldome systems. Besides battling heat, dust, flies and amazing thunderstorms, we endured two cyclones and major bushfires. Things were a little difficult at times. Location sound was recorded at each environment.

The project generated many terabytes of ultra-high-resolution fulldome content. Many scenes were shot in HDR. The cinematography then went through extensive image processing and compositing at iVEC@UWA and in my studios in Hobart. Needless to say, it required a prodigious amount of compute resources to process the data and conform it for the final edit.

The finished movie runs on permanent exhibition at Gwoonwardu Mia, the Gascoyne Aboriginal Heritage and Cultural Centre, Western Australia in a specially built 4m dome environment. The exhibition ‘Burlganyja Wanggaya’ (‘Old People Talking’) of which it is part, was opened by the Premier of Western Australia, Hon. Colin Barnett, on June 8th, 2012.

BTW, I’m from WA, I grew up there, so this meant a great deal to me. Country. Family. All that stuff. 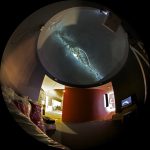 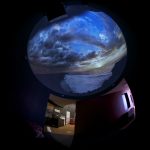 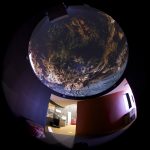 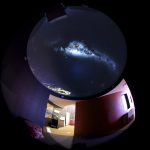 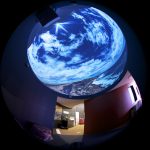